Lining up to Report to Scout Leader

Scout Camp in Thailand is different to that in the UK.

For a start, whole schools are part of Scouts, and if so, one day a week they have Scout Day on which they dress in Scout uniform and take part in various scouting activities throughout the day. 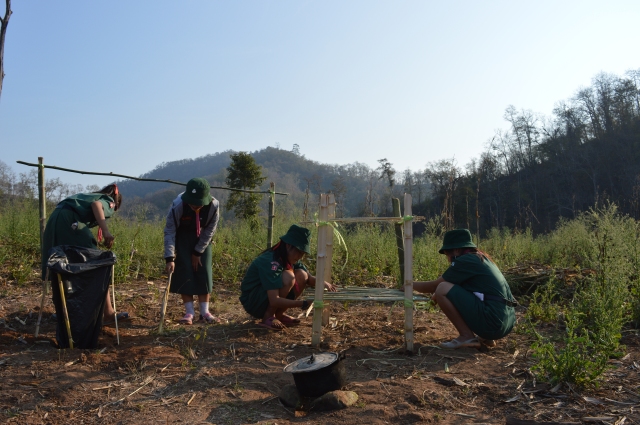 At Scout Camp in the UK, you can just pop up a tent and go do activities. You do not have to build anything, and in fact, you are probably not allowed to touch a knife, let alone use one, for fear of Health and Safety.

In Thailand, however, scouts aged from 12 – 15 build everything from scratch. They each have a bag packed with clothes and essentials, and in groups are given a patch of ground and a tarpaulin with which to make their camp.

The rest of the first day is tied up with making camp. First they use scythes and machetes to clear the ground of whatever crop had recently been harvested, in this case, maize.

Teachers lining up for duty!

Afterwards they build their shelters with bamboo they collect from nearby and the tarp they are given. Those who finish early proceed quickly to make mugs out of bamboo with which to carry drinking water from the store. Others build shelves and washing lines from bamboo or camp fires and prepare to cook. It is quite a feat. 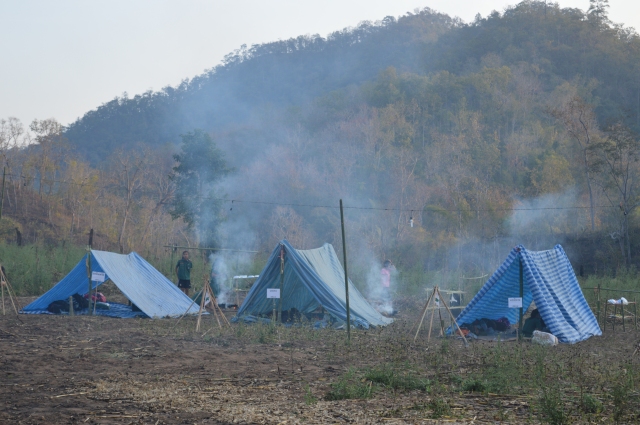 Cooking on the Fire

They wash in the nearby river and go to the toilet in the designated area, which is just shrubbery.

Of course in some ways it is similar to the UK. They have bonfires on an evening and sing songs and play music around it. They go walking and rafting and laugh a lot. Nevertheless, I was so impressed, not only that they are all so capable of looking after themselves if they need to, but also that they are not only allowed, but encouraged, to do so. It is not something that some children or their parents opt into, but rather, a fundamental part of school life, and therefore every child’s education. 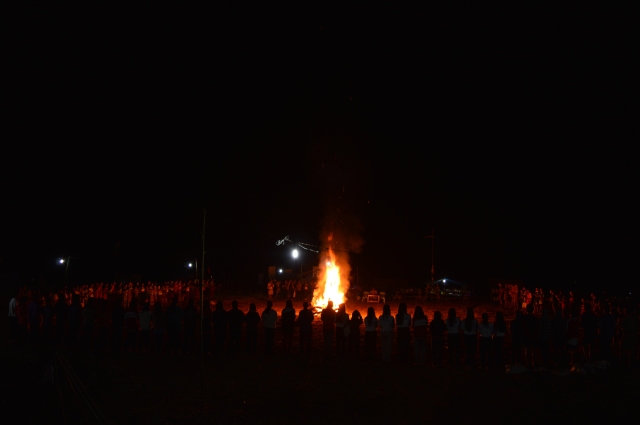