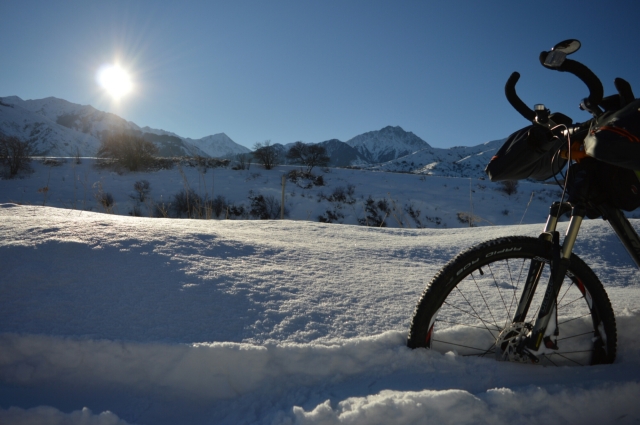 Last week, I started listening to a book about learning to fail well. I confess I didn’t expect to be implementing what I had read quite so quickly.

It never really crossed my mind that I would not manage to cycle back to the UK but it seems I won’t be doing that this time.

It was not the weather that prevented us, or the slow pace or even the lack of fuel.

It is a single bolt.

Probably the only bolt does not inflict damage on the bicycle, only the tour. It is the bolt that holds my pannier rack onto my bicycle. It has sheared off and half of it remains wedged in my frame.

We took it to a bicycle shop today and tried to drill out the bolt that was stuck. Two snapped drill bits later and a few hefty scars in my frame where the drill had slipped and the bolt still remained stuck. After attempting to file a groove in the other end of the bolt that sticks out of the frame and screwing it out, also with no luck, the man in the bicycle shop asked what we wanted to do. We could continue trying to remove the bolt but risk irreversibly damaging the frame, or we could stop now, save the frame but leave the bolt stuck inside it.

I chose the latter. At least this way I salvage a great bicycle from this trip, even if we can’t continue. If the frame gets damaged not only do I sacrifice the trip, but also the bicycle.

I was, and still am, gutted. Leaving the bolt in the frame means there is no secure way to attach the pannier rack… Earlier today I would have been tempted to see how far cable ties got me, but they didn’t even last the short 12km  ride into town today.

Without a secure pannier rack, I cannot carry all of my gear for surviving in winter. Without my gear I cannot cycle tour.

So, it is with sadness and disappointment that I decided to give up on our cycle tour today.

I could risk drilling out the bolt, or even buy a new bike, but the truth is our funds are already dwindling rapidly with the unexpected changes in plans and the plan is already not going to plan! All things considered, I would rather accept failure, learn from it and reattempt this, or possibly another, journey in the future, than continue to try to force something that just doesn’t seem to be working.

It is hard to accept, but in the same breath I feel liberated. The decision has been made. I’m a strong believer that things work out in the end, and though it might not have turned out how I expected, it has already been an adventure. Arron and I have become great friends, we have learnt so much about camping in cold weather and we have laughed so much.

If there is anything travelling has taught me, it is that things don’t always go to plan. However, there are always alternatives and more adventures to be had.

Talking of which, we are already planning the next one…!! 🙂 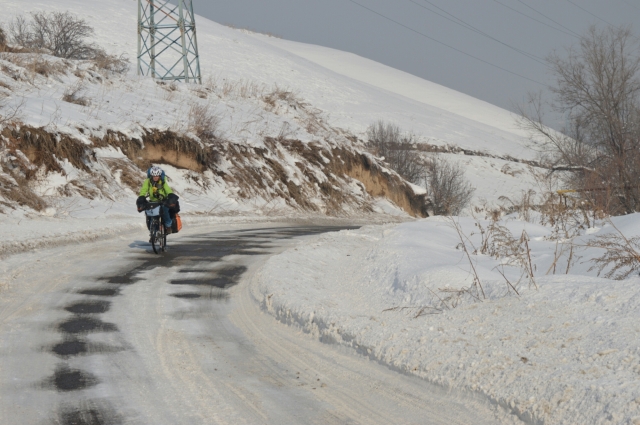 Cycling Up the Hill

This entry was posted in China to UK by Bicycle and tagged failure, Kazakhstan. Bookmark the permalink.